This weeks feature post is based upon Melissa Bliss’s ‘Bird Song’ set of StoryCubes, which she used as an invitation. Read the e-mail interview I had with her below.

RP: What inspired you to use a StoryCube as the invitation leaflet?

MB: I chose to make a storycube for several reasons. My exhibition was of a sound piece made with people on Portland in Dorset imitating birdsong. I wanted people to have something to take away to remind them of the installation and encourage them to look out for and listen to the fantastic birdlife on Portland. I also wanted people to be not just passive listeners but to take part. So I set up tables with blank postcards, pencils and crayons for drawing, bird and wildlife books for people to read and double-sided storycubes for people to make. And finally I wanted a memorable invitation card during a festival with many events happening at the same time.

RP: How did people respond to this alternative type of invitation? How did they use it?

MB: People found the storycubes novel and playful. On one side were silhouettes of birds featured in the installation with a transliteration of their call – such as “kee-arrrk kee-arrk” for peregrine falcons. On the other was a map of Portland marked with places where these birds were heard. So over the two sides there were photographs, images, text, a map and credits.

RP: Was there any interest surrounding the cubes at your exhibition?

MB: Yes there was a lot of interest. People had not seen them before though they reminded them of things from their childhood. And sitting down at the table to make up a storycube encouraged people into conversation.

RP: Were there any interesting stories that came up?

MB: People often were surprised they could take them for free. And one afternoon a group of children stacked lots of the storycubes to make pyramids and structures – which kept falling over in the (powerful) winds that blow over Chiswell.

RP: Would you use the StoryCubes again? For the same or other purposes?

MB: Yes I would definitely use storycubes again – If they were right for the project. They are memorable, flexible and both reflect and encourage participation.

I really like the strong positive reaction the StoryCubes got, from being a conversations starter, the surprise factor ‘could take them for free’ as well as encouraging children to play with them.

This site uses Akismet to reduce spam. Learn how your comment data is processed. 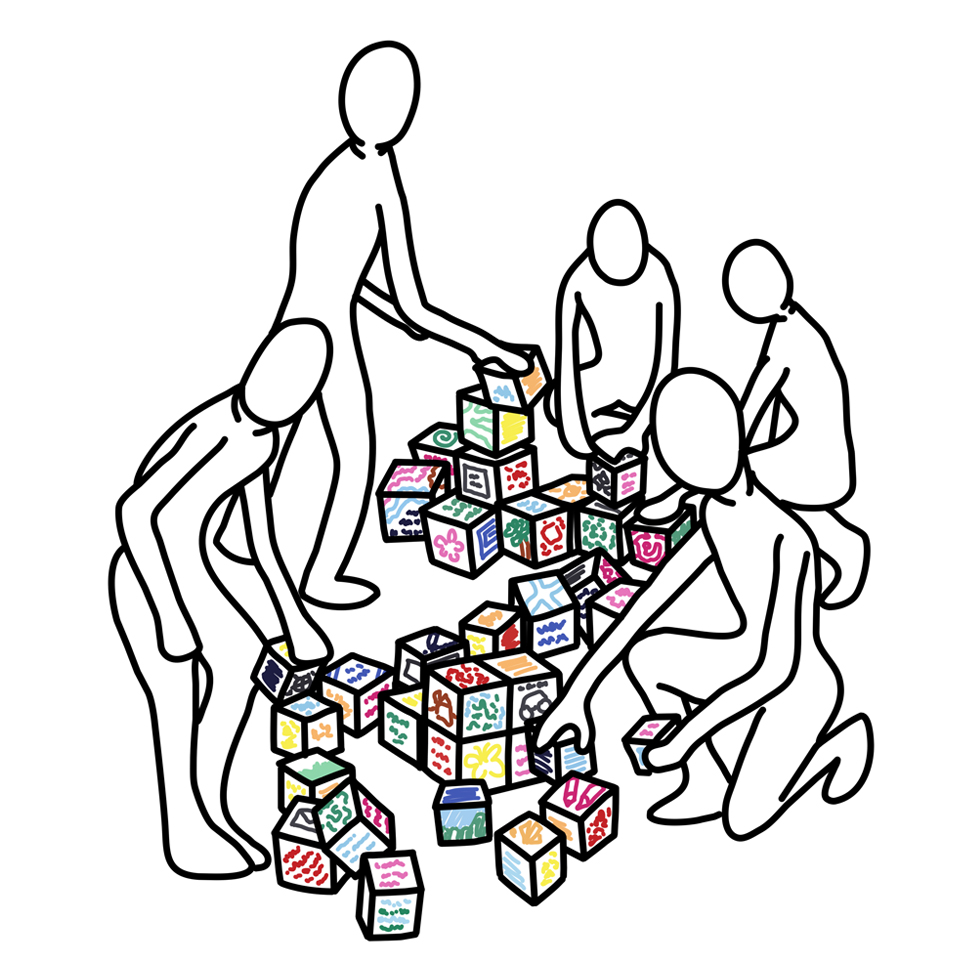 StoryCubes are a fantastic way to make and tell stories in 3 dimensions. Ideal for workshops, ideastorming, teaching and learning they are simple and intuitive Do It Yourself / Do It Together tools.
Use them to :

Easy to assemble, StoryCubes can be folded in two different ways with 12 possible surfaces.

Buy packs of blank StoryCubes online or create your own custom StoryCubes with bookleteer and have them professionally printed and die - cut with our Short Run Printing service.